Use of this site indicates acceptance of the Privacy Policy and Terms of Use.
The information on this Website is not reliable and not intended to provide tax, legal, or investment advice. Nothing contained on the Website shall be considered a recommendation, solicitation, or offer to buy or sell a security to any person in any jurisdiction.
CEO.CA members discuss high-risk penny stocks which can lose their entire value. Only risk what you can afford to lose.
© 2022 - CEO.CA Technologies Ltd.
@newswire/1911-gold-provides-results-from-ongoing-phase-il-drilling ↻
0 online
Today This week
Search Subscribe
Members of @newswire/1911-gold-provides-results-from-ongoing-phase-il-drilling 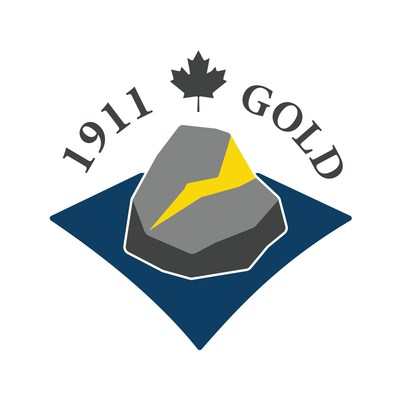 Dr. Scott Anderson, Vice President, Exploration, commented: "These results reflect the overall strategy of the Phase II Program: systematic follow-up drilling of discoveries from the Phase I Program to delineate the scale of gold systems, as well as first pass drilling of new targets generated from our ongoing regional exploration, which continues to highlight our strong project portfolio and the exceptional potential of the Rice Lake belt. With access now established for all drill targets, we are excited to see assay results from the initial Phase II drillholes at our most advanced targets at Tinney and Bidou in the coming weeks".

Phase II drilling on the Janet target in the Bidou project area returned numerous mineralized intercepts, including local high-grade gold, defining a series of stacked structures that cut through chemically-favourable (Fe-tholeiitic) host rocks and felsic porphyry dikes. The mineralized zones are typically associated with stockwork quartz-tourmaline veins in silica-sericite-pyrite altered porphyry and basalt, and have now been confirmed in wide-spaced drilling over 400 metres along strike; results are pending for two additional drillholes completed to test these zones at depth (drillholes reported to date for Janet targeted the main structure at vertical depths of 100–125 metres). New data from the nine drill holes now completed at Janet will be utilized to vector toward potential high-grade zones within this large-scale mineralized system.

The Woodchuck, Bermuda and No. 2 zone targets (within the Bidou, Tinney and Poundmaker project areas, respectively) are kilometre-scale structures associated with high-grade gold occurrences on surface, with no record of historical drilling. Results from first pass drillholes, reported herein (Table 1), completed on wide-spaced sections confirm these structures along strike and to depth in each location, with localized gold mineralization associated with strongly sheared and variably-altered host rocks. These results will be evaluated in the context of the Company's exploration model to identify areas with potential to host high-grade vein systems along these major structures. Six additional drillholes have been completed on two parallel targets at Poundmaker, with results pending.

The Wanipigow East target is located along the trace of the crustal-scale Wanipigow Fault and is covered with glacial-clay cover at surface. It is associated with a thick, tightly-folded iron formation within the fault, with coincident geophysical (MAG, IP, VLF-EM) and gold-in-humus geochemical anomalies. The initial drillhole (WP-20-001) targeted the core of the fold structure at a vertical depth of 200 metres, returning only local anomalous gold values; results are pending for two additional drillholes completed to test this structure at depth and along strike 450 m to the west of WP-20-001.

Three drill rigs are currently testing targets at the Tinney, Bidou and Horseshoe projects that were inaccessible until recently pending completion of the ice-making program. These include several priority targets at Tinney and Bidou that returned high-grade intercepts from wide-spaced drilling in the Phase I Program; these compelling targets will be the main source of news flow in the coming weeks.

Concurrent to the drilling program, 1911 Gold continues to plan for a comprehensive field exploration program in 2021, focussing on areas where high-grade gold mineralization was identified in bedrock during the 2019 and 2020 field campaigns, with the goal of advancing new targets to drill stage in several project areas within the Company's dominant land packages in the Rice Lake greenstone belt.