26 Nov 2019, 09:41
@GlobeNewswire Colonial Coal Announces Results of a Preliminary Economic Assessment for an Open Pit Only Mine at its Huguenot Project $CAD

26 Nov 2019, 09:00
@newswire Colonial Coal Announces Results of a Preliminary Economic Assessment for an Open Pit Only Mine at its Huguenot Project $CAD

Use of this site indicates acceptance of the Privacy Policy and Terms of Use.
The information on this Website is not reliable and not intended to provide tax, legal, or investment advice. Nothing contained on the Website shall be considered a recommendation, solicitation, or offer to buy or sell a security to any person in any jurisdiction.
CEO.CA members discuss high-risk penny stocks which can lose their entire value. Only risk what you can afford to lose.
© 2022 - CEO.CA Technologies Ltd.
@newswire/colonial-coal-announces-results-of-a-preliminary-economic ↻
0 online
Today This week
Search Subscribe
Members of @newswire/colonial-coal-announces-results-of-a-preliminary-economic

by @newswire on 26 Nov 2019, 09:00
Colonial Coal Announces Results of a Preliminary Economic Assessment for an Open Pit Only Mine at its Huguenot Project 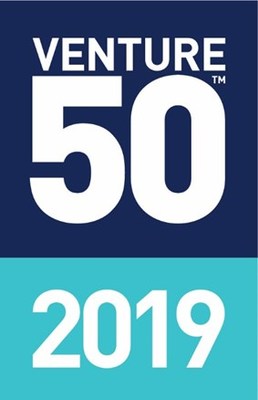 This PEA for the stand-alone open pit mine on the Huguenot Project is preliminary in nature and there is no certainty that the forecast results stated in the PEA will be realized.  In addition, the PEA includes inferred mineral resources that are considered too speculative geologically to have the economic considerations applied to them that would enable them to be categorized as mineral reserves, and there is no certainly that the preliminary economic assessment will be realized.  Furthermore, mineral resources that are not mineral reserves do not have demonstrated economic viability.

The PEA report, prepared by Stantec Consulting Services Inc. ("Stantec") in accordance with CSA National Instrument 43-101 ("NI 43-101") standards, will be completed and filed on SEDAR (the System for Electronic Document Analysis and Retrieval) within 45 days.  The results of the PEA show that the Huguenot Project continues to demonstrate positive economics, has viable development options and is worthy of advancement.

The current PEA report builds upon an original PEA report prepared in 2013 by Norwest Corporation that was updated in 2018 by Norwest, now Stantec, using then current scoping level cost estimates and economic analyses.  The mining studies previously reported (September 24, 2013 and July 10, 2018 and by way of corresponding 43-101 Technical Report filings) were based upon exploiting the coking coal resources by a combination of open pit and underground mining methods.  During the 2018 update, Stantec recognized an opportunity to significantly expand the open pit to higher stripping ratios, with correspondingly higher recoverable tonnages of surface mineable coal, thereby creating the opportunity to examine a surface stand-alone mining option in a new PEA.

This PEA does not include any further evaluation of the underground resources nor any potentially mineable coal associated with these resources.

For the current study, Stantec used previously reported surface mineable resources to develop a revised conceptual mine plan to exploit the coal resources utilizing a stand-alone open pit, in contrast to the previous approach of a combined open pit and underground mine.  Stantec completed a more detailed analysis of the open pit design and equipment selection than was carried out previously, that yielded larger mineable open pit tonnage, longer mine life and a lower cost mining operation.  In addition, alternative means of product coal transportation were considered which resulted in a revised plan to transport coal by conventional haul trucks from the mine to the existing rail line south of Tumbler Ridge, as opposed to the previous concept of direct rail transport from the mine.  The trucking concept has the advantage of lower capital costs, lower risk and a shorter construction schedule than the rail option.

Highlights of the revised PEA report are summarized below.  All costs are in US dollars but, where Canadian dollar equivalents are provided, they have been converted using an exchange rate of US$1.00 equals CAD$1.316.

A summary of the financial analyses is presented in the following tables; the results show the after tax (including royalty) net present values (NPVs) at various discount rates and internal rates of return (IRRs) for a range of coal prices.  For the benchmark coal price, Stantec has used US$174 per tonne.  They note that, while a discount may be applied to the benchmark price for Huguenot product coal, they consider the potential discount to be within the range of values presented in the tables below.

This press release has been reviewed and the scientific and technical disclosure disclosed herein approved by Derek Loveday, P.Geo., of Stantec, a Professional Geologist and a Qualified Person as defined in NI 43-101.

Colonial Coal is a publicly traded coal corporation in British Columbia that focuses primarily on coking coal projects.  The northeast Coal Block of British Columbia, within which our Corporation's projects are located, hosts a number of proven deposits and has been the subject of M&A activities by Anglo-American and others.  Additional information can be found on the Company's website www.ccoal.ca or by viewing the Company's filings at www.sedar.com. 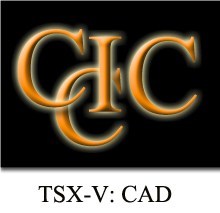