30 Jun 2021, 07:00
@newswire Artemis Announces Nomination of Two Additional Directors to the Board in Connection with its Upcoming AGM $ARTG

Use of this site indicates acceptance of the Privacy Policy and Terms of Use.
The information on this Website is not reliable and not intended to provide tax, legal, or investment advice. Nothing contained on the Website shall be considered a recommendation, solicitation, or offer to buy or sell a security to any person in any jurisdiction.
CEO.CA members discuss high-risk penny stocks which can lose their entire value. Only risk what you can afford to lose.
© 2016 - Pacific Website Company Inc.
@newswire/artemis-closes-bought-deal-component-of-171-million ↻
0 online
Today This week
Search Subscribe
Members of @newswire/artemis-closes-bought-deal-component-of-171-million

by @newswire on 19 May 2021, 08:28
Artemis Closes Bought Deal Component of $171 Million Equity Financing, Including Full Exercise of Over-Allotment Option

/NOT FOR DISTRIBUTION TO U.S. NEWS WIRE SERVICES OR FOR DISSEMINATION IN THE UNITED STATES/

All amounts are in Canadian Dollars unless otherwise noted 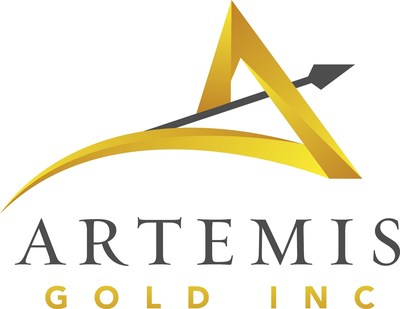 The net proceeds of the Offering will be used by Artemis to make its final cash acquisition payment to New Gold Inc. pursuant to an Asset Purchase Agreement dated June 9, 2020 between Artemis and New Gold Inc., to fund permitting and development costs for the Company's Blackwater Gold Project and for general corporate purposes.

The Common Shares offered have not been registered under the U.S. Securities Act of 1933, as amended, and may not be offered or sold in the United States absent registration or an applicable exemption from the registration requirements. This press release shall not constitute an offer to sell or the solicitation of an offer to buy nor shall there be any sale of the Common Shares in any jurisdiction in which such offer, solicitation or sale would be unlawful.

ARTEMIS GOLD INC.
On behalf of the Board of Directors

Forward-looking statements and information are not historical facts and are made as of the date of this news release. These forward-looking statements involve numerous risks and uncertainties and actual results may vary. The material risk factors that may cause actual results to vary materially from those expressed in the forward-looking statements include without limitation, risks related to the ability of the Company to satisfy the conditions of the Non-Brokered Offering and close the Non-Brokered Offering; risks related to the Company's use of proceeds from the Offering; that the amount of proceeds received from the Non-Brokered Offering could be less than currently expected; the ability of the Company to accomplish its plans and objectives with respect to the Blackwater Gold Project within the expected timing or at all; the timing and receipt of certain approvals, changes in commodity and power prices, changes in interest and currency exchange rates, risks inherent in exploration estimates and results, timing and success, inaccurate geological and metallurgical assumptions (including with respect to the size, grade and recoverability of mineral reserves and resources), changes in development or mining plans due to changes in logistical, technical or other factors, unanticipated operational difficulties (including failure of plant, equipment or processes to operate in accordance with specifications, cost escalation, unavailability of materials, equipment and third party contractors, delays in the receipt of government approvals, industrial disturbances or other job action, and unanticipated events related to health, safety and environmental matters), political risk, social unrest, and changes in general economic conditions or conditions in the financial markets. In making the forward-looking statements in this news release, the Company has applied several material assumptions, including without limitation, the assumptions that: (1) the Company will be able to complete the Non-Brokered Offering on the expected timing; (2) the Company will be able to obtain all necessary approvals required in connection with the Non-Brokered Offering; (3) the Company will use the proceeds from the Offering as set out in the Supplement (4) market fundamentals will result in sustained mineral demand and prices; (5) the receipt of any necessary approvals and consents in connection with the development of any properties; (6) the availability of financing on suitable terms for the development, construction and continued operation of any mineral properties; and (7) sustained commodity prices such that any properties put into operation remain economically viable. The actual results or performance by the Company could differ materially from those expressed in, or implied by, any forward-looking statements relating to those matters. Accordingly, no assurances can be given that any of the events anticipated by the forward-looking statements will transpire or occur, or if any of them do so, what impact they will have on the results of operations or financial condition of the Company. Except as required by law, the Company is under no obligation, and expressly disclaims any obligation, to update, alter or otherwise revise any forward-looking statement, whether written or oral, that may be made from time to time, whether as a result of new information, future events or otherwise, except as may be required under applicable securities laws.