Use of this site indicates acceptance of the Privacy Policy and Terms of Use.
The information on this Website is not reliable and not intended to provide tax, legal, or investment advice. Nothing contained on the Website shall be considered a recommendation, solicitation, or offer to buy or sell a security to any person in any jurisdiction.
CEO.CA members discuss high-risk penny stocks which can lose their entire value. Only risk what you can afford to lose.
© 2022 - CEO.CA Technologies Ltd.
@newswire/1911-gold-commences-2022-exploration-program-at-manitoba ↻
0 online
Today This week
Search Subscribe
Members of @newswire/1911-gold-commences-2022-exploration-program-at-manitoba 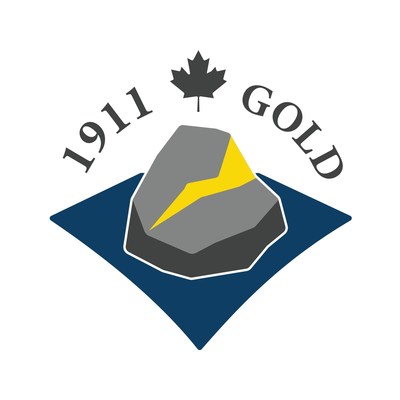 With the successful closing of the $8 million brokered private placement of flow-through shares (see Press Release dated December 30, 2021), the Company has the financial resources to complete an aggressive exploration program on the Rice Lake and Apex (Snow Lake) properties.

For Q1 2022, the Company has laid-out an initial 11,000 metres of exploration drilling, including follow-up drilling of priority high-grade targets from its Phase I and Phase II programs, and first-pass drilling of several new targets generated by the Company's field exploration programs.

Ron Clayton, President and CEO, commented, "Our fully-funded exploration program is focused on advancing our key project areas, Tinney and Bidou, to identify resource potential, while also continuing to test new targets generated at the Tinney, Bidou, Wallace and Apex projects. We are very encouraged by the significant position taken in the Company by a mid-tier gold producer with an experienced exploration team that clearly shares our belief in the potential for significant discovery at Rice Lake. We look forward to a beneficial working relationship as we work towards identifying significant new resources at our Rice Lake property."

The Company is pleased to announce that, following a competitive tendering process, it has once again partnered with Major Drilling ("Major") for the 2022 exploration drilling program. With its Canadian Operations Head Office in Winnipeg, Major offers the Company significant flexibility to up-scale drilling programs as results warrant. Major is currently mobilizing crews and equipment to the Tinney project.

Line cutting is complete at the Currie's Landing project on the Rice Lake property and crews from Abitibi Geophysics ("Abitibi") are mobilizing to site to complete a 24-line-kilometre induced-polarization (IP) survey over large-scale structural targets at Currie's Landing, using Abitibi's deep-penetrating OreVision® IP system to identify the most prospective structures for drill testing, within an area with very little bedrock exposure and no record of previous exploration drilling.

The Company also acknowledges the support received by the Government of Manitoba via a $300,000 grant from the Manitoba Mineral Development Fund (MMDF), which provided partial funding for the 2021 field exploration program and was instrumental in advancing several new exploration targets to drill-stage (see Press Release dated September 1, 2021).

The Rice Lake Gold Property is located on the Archean Rice Lake greenstone belt, which is the western extension of the prolific Red Lake belt in adjacent Ontario, and is situated along the same fundamental crustal-scale structure (ancient plate-margin) that accounts for the exceptional gold endowment of this district. The Company's consolidated land position, now totaling over 58,000 hectares after recent strategic acquisitions, covers a 70-kilometre-long section of a crustal-scale 'break'—referred to as the Wanipigow Fault—that represents a principal control on orogenic gold in the Rice Lake–Red Lake district.

Following up on high-grade intercepts from its previous exploration drilling programs, the Company plans to conduct follow-up drilling of several targets in the Tinney and Bidou project areas, focusing on major structures with potential to host significant high-grade gold mineralization. This work will include infill and step-out drilling of the Edna-Otter and Bidou South targets, which have both yielded strong intercepts in previous drilling, including 8.1 g/t Au over 5.7 metres (EO-21-005) at the Edna-Otter target and 6.0 g/t Au over 3.3 metres (BL-20-005) from the Bidou South target.

Step-out drilling will also be completed at the Cougar and Bidou Shear targets, in order to test for extensions of gold mineralization along the principal structures in both locations. Additionally, the Company will conduct first-pass drilling of five new targets at the Bidou and Tinney projects, to test large-scale structures that returned high-grade gold values from the Company's grab and channel sampling program (see Press Release dated September 9, 2021).

At the Wallace project, five new targets have been advanced to drill stage through fieldwork and high-resolution UAV magnetic surveys (EarthEx Geophysical Solutions Inc.) in 2020 and 2021. Each of these targets are associated with large-scale structures that cut across the hinge of a regional-scale fold structure, and locally contain high-grade gold mineralization on surface. Only one of these targets has any record of historical drilling, which consisted of shallow, close-spaced drillholes over one small section of a kilometre-scale and poorly-exposed structure. This drilling will be helicopter-supported and is planned for early March, once increased daylight hours allow for maximum efficiency of drill moves and crew changes.

At the Curries Landing project, the Company has contracted Abitibi Geophysics to complete a deep-penetrating IP survey (OreVision® system) over a 24 line-kilometre grid covering a regional-scale unexposed fold structure of a major geological contact, immediately adjacent to the Wanipigow fault – a geological setting analogous to many world-class orogenic gold districts. The survey results are anticipated in late February and will inform drill targeting within this very large-scale prospective target, which has not previously been drill-tested.

The Apex Gold Property, totalling 2,200 hectares, is located in the Paleoproterozoic Flin Flon – Snow Lake greenstone belt, which is one of the most productive belts of that age worldwide, hosting numerous world-class base metal deposits as well as the 1.5-million-ounce New Britannia gold deposit, located at Snow Lake, 14 kilometres northwest of the Apex Property. Significant gold deposits and occurrences in the district are spatially associated with the structurally complex northern margin of the belt; the Company's Apex Property is situated between two crustal-scale faults cutting this margin, representing a highly favourable structural setting. Grab sampling by the Company has returned numerous high-grade gold values, with over 50% of the samples collected to date yielding values greater than 1 g/t gold and close to 20% of samples yielding high-grade (>5 g/t) gold values (see Press Release dated October 6, 2021).

The surface sampling results, coupled with a deep-penetrating IP geophysical survey (Abitibi Geophysics' OreVision® system), indicate a number of compelling drill targets, and the company plans to test five of the highest-priority targets with first-pass drilling beginning in February 2022, once sufficient ice thickness is achieved on the ice-road across Wekusko Lake, presently under construction.

1911 Gold is a junior explorer that holds a highly prospective, consolidated land package totalling more than 58,000 hectares within and adjacent to the Archean Rice Lake greenstone belt in Manitoba, and also owns the True North mine and mill complex at Bissett, Manitoba, where it is reprocessing historic tailings on a seasonal basis. 1911 Gold believes its land package is a prime exploration opportunity, with potential to develop a mining district centred on the True North complex. The Company also owns the Apex project near Snow Lake, Manitoba and the Tully and Denton-Keefer projects near Timmins, Ontario, and intends to focus on both organic growth opportunities and accretive acquisition opportunities in North America.