Use of this site indicates acceptance of the Privacy Policy and Terms of Use.
The information on this Website is not reliable and not intended to provide tax, legal, or investment advice. Nothing contained on the Website shall be considered a recommendation, solicitation, or offer to buy or sell a security to any person in any jurisdiction.
CEO.CA members discuss high-risk penny stocks which can lose their entire value. Only risk what you can afford to lose.
© 2022 - CEO.CA Technologies Ltd.
@newsfile/endurance-reports-diamond-drill-assays-from-the-imperial ↻
0 online
Today This week
Search Subscribe
Members of @newsfile/endurance-reports-diamond-drill-assays-from-the-imperial

by @newsfile on 9 Dec 2021, 07:30
Endurance Reports Diamond Drill Assays from The Imperial Zone

Vancouver, British Columbia--(Newsfile Corp. - December 9, 2021) - Endurance Gold Corporation (TSXV: EDG) (the "Company") is pleased to report further assay results from the 2021 diamond drilling program at the Reliance Gold Property (the "Property") in southern British Columbia. The Property is located 4 kilometres ("km") east of the village of Gold Bridge with year-round road access, and 10 km north of the historic Bralorne-Pioneer Gold Mining Camp which has produced over 4 million ounces of gold.

Drill holes DDH21-009 and DDH21-011 were collared in a hanging wall sequence of interbedded carbonaceous argillite and chert with minor mafic volcanic. Within the hanging wall sediments, the Royal Shear complex is observed as multiple anastomosing brittle-ductile bedding parallel shears that deform the sedimentary package. The gold mineralized zone is hosted within the mafic volcanic sequence just below the Royal Shear Fault which is a bounding fault separating the hanging wall sediments from the foot wall mafic volcanics. The gold mineralized zones are associated with pervasively iron carbonate and sericite altered mafic volcanic host rocks which have been subject to brittle deformation and consist of multigenerational breccia with introduced pyrrhotite-pyrite-stibnite-arsenopyrite, silicification and quartz-vein stockwork.

DDH21-012 is a vertical hole drilled 160 m east of DDH21-009 with the objective of intersecting the Imperial Zone near surface and to explore a covered area between the Imperial Zone and Eagle Zone. There were no significant gold intersections in this hole. In the target horizon feldspar porphyry was intersected and obscures the mineralized zone in this area. Assay results are pending for DDH21-008 and DDH21-010 which were drilled in a horizontal fan pattern from the same setup as DDH21-009 with the goal of testing the strike extensions of mineralization for approximately 100 m along strike from the encouraging intersection in DDH21-009.

As reported on September 27, 2021, the majority of the drill core from the 1980s Imperial Zone drilling is in very poor condition or entirely lost, and not recoverable to professional standards. Thus, the four holes of the 2021 drill program that tested the Imperial Zone were dedicated to collect representative gold mineralized intervals to assist in developing a new lithological, structural and alteration model for the zone.

To date, assay results have been received for 322 of the 1,310 drill core samples that have been submitted for assay analysis. The remaining gold assay results are expected to be received through December and the first quarter of 2022 and will be reported when received.

Endurance Gold Corporation is a company focused on the acquisition, exploration and development of highly prospective North American mineral properties with the potential to develop world-class deposits.

Diamond drill core was logged and evaluated on the Property and samples designated for collection under the supervision of a geologist at the property. Drilling was completed using a skid mounted Hydracore 2000 equipped with NQ size tools capable of collecting 4.76 cm diameter core. Diamond drill core was cut using a diamond drill saw with one half of the core sent for analysis and the remaining kept for future studies. Sample intervals were typically 2 metre core length and intervals were shortened for lithology or alteration changes. For drilled and sampled intervals of poor average core recovery, the complete core was sampled and sent to the laboratory for assay analysis. All diamond drill core samples have been submitted to ALS Global in North Vancouver, BC, an ISO/IEC 17025:2017 accredited laboratory, where they are crushed to 70% <2 mm then up to 250 gram pulverized to <75 microns. Samples are then submitted for four-acid digestion and analyzed for 48 element ICP-MS (ME-MS61) and gold 30g FA ICP-AES finish (AU-ICP21). Over limit samples returning greater than 10 ppm gold are re-analyzed by Au-GRA21 methodology and over limit antimony returning greater than 10,000 ppm Sb are re-analyzed by Sb-AA08 methodology. Endurance Gold monitors QA/QC by inserting blanks, certified standards and pulp duplicates into the sample stream.

The 2020 and 2021 work program is supervised by Darren O'Brien, P.Geo., an independent consultant and qualified person as defined in National Instrument 43-101. Mr. O'Brien has reviewed and approved this news release.

Neither the TSX Venture Exchange nor its Regulation Services Provider (as that term is defined in the policies of the TSX Venture Exchange) accepts responsibility for the adequacy or accuracy of this news release. This news release may contain forward looking statements based on assumptions and judgments of management regarding future events or results that may prove to be inaccurate as a result of factors beyond its control, and actual results may differ materially from the expected results. 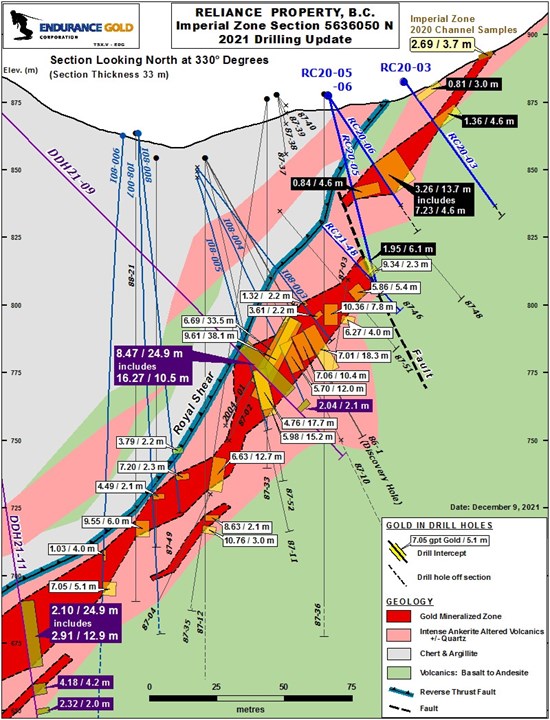 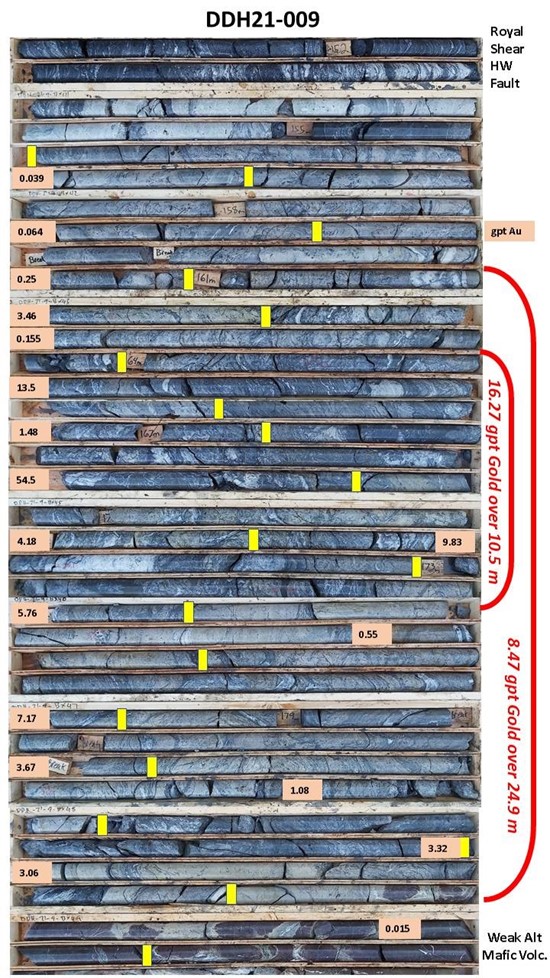 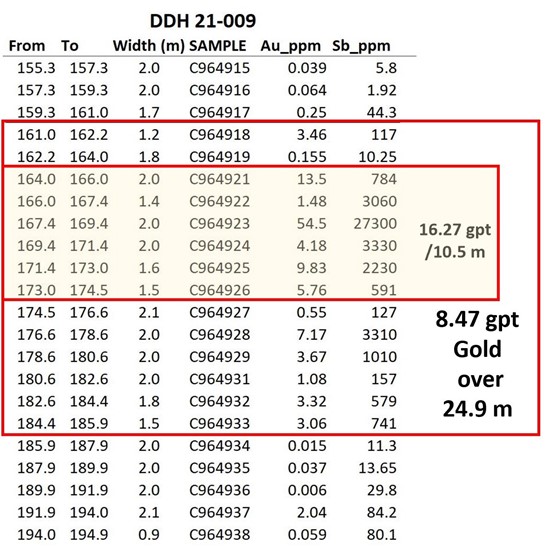 To view the source version of this press release, please visit https://www.newsfilecorp.com/release/107178