Use of this site indicates acceptance of the Privacy Policy and Terms of Use.
The information on this Website is not reliable and not intended to provide tax, legal, or investment advice. Nothing contained on the Website shall be considered a recommendation, solicitation, or offer to buy or sell a security to any person in any jurisdiction.
CEO.CA members discuss high-risk penny stocks which can lose their entire value. Only risk what you can afford to lose.
© 2022 - CEO.CA Technologies Ltd.
@globenewswire/osino-announces-drill-assay-results-and-update-on-pfs ↻
1 online
Today This week
Search Subscribe
Members of @globenewswire/osino-announces-drill-assay-results-and-update-on-pfs

Dave Underwood, Osino’s VP Exploration commented: “The resource conversion drill program at Twin Hills is now complete and has been a resounding success. Not only have we achieved much improved geological confidence, but we also significantly extended the mineralized envelopes, discovered new areas of mineralization and intercepted a number of new high-grade shoots. All the assay data has been supplied to CSA Global for the resource update, which will feed into the PFS study due in early September. One of the key take-aways from this exercise is that mineralization at both THC and Clouds improves at depth and becomes more cohesive down plunge. The Clouds West orebody was previously thought to be a very small cigar shaped body of mineralization but has produced higher grades recently and is up to 300m in strike length and open to the northeast. The step out drilling to the north of THC also produced a nice surprise when we intersected 12m @ 6.87g/t near surface in a new zone along the northern margin of the pit.”

Osino has a current mineral resource of 2.1moz of gold in the Indicated and 0.62moz in the Inferred category (refer to press release dated April 13, 2022). The 2022 infill and step-out program was aimed at converting the Inferred ounces to Indicated status (thereby enabling Osino to include these ounces in the upcoming PFS), as well as to extend the mineralization down dip below the previously modelled pit shell.

Osino completed 34,468m of infill drilling and 6,900m of step-out drilling for a total of 41,368m during the year to-date. Much of the post April MRE drilling has been at Twin Hills West, where all the ounces reported previously were in the Inferred category. There was also scope at Twin Hills West to expand the mineralization and a new shoot was discovered in the southeast which will increase the contribution of this deposit to the Twin Hills inventory (refer to holes OKD460 and OKR501 on Figure 1 below).

Step-out drilling was focussed on the deeper parts of THC and Clouds where the mineralization tends to coalesce into a single wide shoot at depth and there is scope to deepen the pits (refer to the sections in Figures 3 and 4 which have been plotted down plunge of the major shoots in a north-easterly direction).

Additional infill drilling was carried out in the Clouds West area where previous drilling had identified a very small shoot of mineralization which was thought to be closed off. However, the latest drilling has indicated that this mineralized zone is larger than previously thought and contains noteworthy grades including 8m @ 4.54g/t from 16-24m in OKR537 and 15m @ 2.24g/t from 64-79m in OKR548. The Clouds West shoot is now 300m in strike length and open to the northeast (refer to Figure 2).

A new zone of mineralization has been discovered on the northern pit margin at THC, intersected by four holes to date (refer to Figure 2). Hole OKD450 returned 12m @ 6.87g/t from 68m in depth. This northern margin zone appears to be increasing in width and grade towards the northeast (refer to Figure 2) and will be followed up in the next round of drilling.

A link to the updated intercept table is provided here.

The Twin Hills Project team has continued to progress the major specialist studies towards the completion of the PFS, which will be completed by late August and is expected to be published in early September 2022.

Particular progress has been made in the following areas:

David Underwood, BSc. (Hons) is Vice President Exploration of Osino Resources Corp. and has reviewed and approved the scientific and technical information in this news release and is a registered Professional Natural Scientist with the South African Council for Natural Scientific Professions (Pr. Sci. Nat. No.400323/11) and a Qualified Person for the purposes of National Instrument 43-101.

Osino has a large ground position of approximately 6,140km2 located within Namibia’s prospective Damara sedimentary mineral belt, mostly in proximity to and along strike of the producing Navachab and Otjikoto Gold Mines. The Company is actively advancing a range of gold prospects and targets along the belt by utilizing a portfolio approach geared towards discovery, targeting gold mineralization that fits the broad orogenic gold model.

Our core projects are favorably located north and north-west of Namibia’s capital city Windhoek. By virtue of their location, the projects benefit significantly from Namibia’s well-established infrastructure with paved highways, railway, power and water in close proximity. Namibia is mining-friendly and lauded as one of the continent’s most politically and socially stable jurisdictions.

Osino continues to evaluate new ground with a view to expanding our Namibian portfolio.

Further details are available on the Company's website at https://osinoresources.com/

The reader is cautioned that any reference to current mineral resources or geological technical information about Osino’s current mineral properties (not including the Ondundu Gold Project) is based on, excerpted from and expressly qualified by Osino’s current technical report (the “Technical Report”) which was prepared in accordance with NI 43-101 entitled, “Twin Hills Gold Project, Namibia, NI 43-101 Technical Report” dated effective April 1, 2022 prepared for Osino Resources Corp. Accordingly, Osino recommends that the reader refer to and read the Technical Report in its entirety, a copy of which is available on SEDAR at www.sedar.com under Osino’s issuer profile. 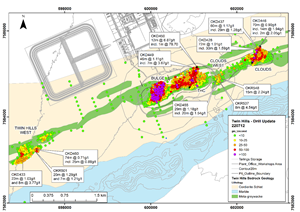 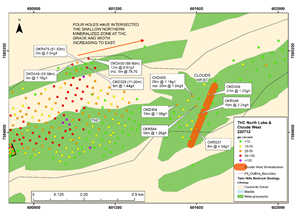 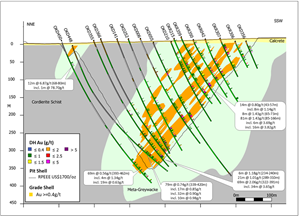 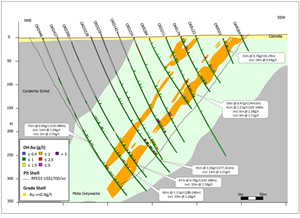